For heritage studies to evaluate the impact of the commoditized heritage on the identity development of collectivities, Chemnitz (former Karl Marx Stadt) in Germany poses an important example due to the transformations in the last three decades. This article reads the identity development of young people who were born around the fall of the Berlin Wall and lived their life in Re-unified Germany over their identification with the history and symbols narrated through the monumental structure. For young generations the identity construction is developed between belonging to an Eastern rule that they did not fully experience and not being able to find their equal place in Re-Unified Germany. The transformation of the city from a respectable industrial city of German Democratic Republic to a humbler city with unemployment problems followed recently with the increase in far right gatherings, which also brought tensions with migrants. This article while not commenting on the political transformation of collectivities, analyzes the identity development over the impact of the re-construction of Eastern German space in Re-unified Germany. 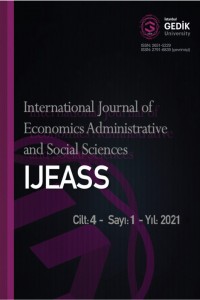